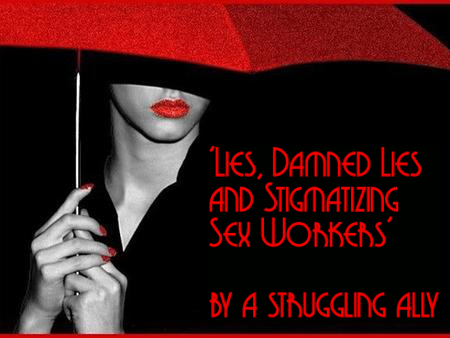 It would be a lie to say I didn’t have any exposure to sex work or even have access to the candid lives of sex workers themselves before I met my current comrades. In truth, I spent considerable time (and not an insignificant sum of money) unashamedly consuming the products of such work as a client – and have also counted sex workers as my personal friends in the past. Those relationships, however, rarely explored the explicit politics of the work itself – and were typically relegated to the kinds of casual acquaintances so common among the kind of people who, without wincing, regurgitate neoliberal mantras like “it is what it is” to elide otherwise troubling conversations. I was one of those people myself for far too long.

You see, I was once a poker playing libertine who made easy money and spent it just as easily. As a consequence, I usually kept odd hours, worked in isolation from womyn of what many consider more normative employment and was often flush with cash and an inclination to celebrate. I also have a writer’s fascination with people and their stories – particularly people who operate in worlds I find that I don’t understand easily. Those factors, in addition to an abiding attraction to the female body, lead me to dimly-lit clubs on occasions too numerous to count.

Of course, in my privileged unconsciousness, I was sometimes admittedly tortured by the kinds of patriarchal and decidedly liberal conceits that I have more recently disavowed. Politicization and awareness are amazing things, I guess. While I never embodied the “but you’re too good for this kind of work” or “this work is degrading to women” tropes so common among white male saviors (and sadly many self-professed “feminists” as well), thoughts like that did flit about in my head more often and linger longer when they did than they do now.

I’m not free of them, by any means. We are culturally awash in patriarchy, misogyny and other systems of oppression and to suggest I have completely conquered my environment would be a narcissism not even I possess. However, my revolutionary project itself now specifically involves identifying, confronting and unlearning those cultural indoctrinations as soon as they reveal themselves.

With some shame, I have also grappled with my own egoism and entitlement regarding sex. Ideas of monogamous, romantic love borne of too many years spent reading too many similarly-situated, lovelorn poets populated my head at times. They still do. While I have always battled them and have often successfully warded off jealousy and other pitfalls of latent, male chauvinism so pervasive in this capitalist miasma – I didn’t always win.

What helped me win these internal battles – when I did win them – was a particular circumstance that defined my childhood: I was raised almost exclusively by women. My sisters and female cousins, in particular, were foundational to my understanding of the world.

Observing the deleterious role jealousy, for example, plays in healthy, heteronormative coupling as an infiltrator within otherwise-exclusive, female-bodied spaces – I quickly came to understand that the surest way to drive women (and the bodies that I coveted as sexual partners) away would be to evince jealousy, dominance, coercion and control.Being a baby brother had its advantages. My sisters, cousins and their friends constantly confided in each other about their experiences in near-constant sleepovers and I absorbed all of this insight with a distinct intention to be a better boyfriend, lover or partner to some romanticized caricature of a woman in the future.

In fact, of the family I happened into in my original, formative years – most were female-bodied. Two fiercely-independent grandmothers, my own mother, an aunt, two older sisters and three female-bodied cousins had a considerable influence on me while my father, the only constant male presence in my life, instead spent a lot of time away at work. Aloof and emotionally unavailable, even my father’s physical presence – when it manifested – was hardly enough to countervail the matriarchal environment I found myself in.

As a result, my own gender-identity was hardly normative. At a young age, I proudly proclaimed I wanted to “be a girl when I grew up.” While this memory would trouble me in my awkward adolescence, and while I have never had a sexual interest in male bodies, it makes perfect sense to me now. Women were a dominant influence in my young life. The understanding that the world operated quite differently – and that my place in it as one who presents as male was actually privileged – would take years of insidious, capitalist socialization not usually necessary. 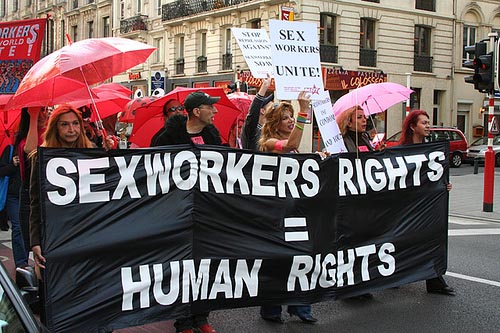 Today, I consider myself part of a formation with female-bodied sex workers. I am confronted daily with challenges I never even imagined before. In addition, I am also exploring the particular destabilizations that accompany being a sex worker’s lover. Luckily, through my own political radicalization, I have truly come to cherish that destabilization itself. Every time I feel troubled, I know now there is an opportunity to learn or unlearn something – and my comrades are insistent upon confronting those moments head-on and without fear. The intermingling of a new, political consciousness, immersion in a culture of confrontational and abject honesty and being immersed in sex work together has had a profound influence on me. My understandings of gender, labor, race, class and all the other intersections under the “Matrix of Domination”• are upended almost daily.

I am trying to embody allyship in the best sense I know: to understand what I am capable of understanding about their work, to empathize with what I am capable of empathizing and to defer to the experiential knowledge I will never – and have no right – to claim as my own. In short, I am committed to developing solidarity with sex workers. To me, that means seeing their struggle for liberation as integral to my own. Finally, I’m also trying to demonstrate to myself that the observational knowledge I acquired from my childhood – for the admitted self-interest of being a better ‘suitor’ in my more traditional past – can now be more broadly applied in a political context. My experiences, I think, testify to this.

As but one example, one thing that often strikes me about my comrades’ interactions with each other – the shop-talk, gossip and typical, water-cooler conversations they share as workers – is how entirely familiar they are to me. Listening in, as they encourage me to do as well as participating when I can, it is rare for me to discern much difference between their conversations and those my sisters and cousins had about their own lovers. Excluding the unvarnished, openly-transactional nature of my comrades’ work, it’d often be impossible for me to tell the difference between the two.

In fact, even the transactions themselves are difficult to distinguish. A vacation here, a car or extravagant gift there, even lump sums of cash – these are all things I have seen exchanged for female companionship for most of my life, and mostly by men to women who don’t consider women’s bodies as their “workplace.”* If watching my own parents’ acrimonious divorce didn’t demonstrate that even the most sacralized, contractual partnerships can be quantified by the cold calculus of capitalism – the awareness I have now surely has.

In the first month that I lived with a sex worker, I stumbled upon a book, Sex and Sensibility, and grabbed it on my way to take a shit. Flipping through the pages, one line left me so slack-jawed and agog I had to jot it down. I refer to it often whenever I have my doubts.

As an anarchist who has previously identified with the struggle of workers, Marcia Pally laid bare the absurdity of stigmatizing sex work in one sentence:

“Those who righteously wish to shut down the sex industries are telling performers not to eschew exploitation but to eschew it in the nude.”

I have yet to hear an argument, at least one devoid of the anachronistic moralizing of our nation’s Puritan past, that stands up in the face of this simple truth.

For now – and hopefully for a lifetime – I am reveling in the tension my comrades’ defiant existence alone exacerbates in a world fraught with so much bullshit. The honesty of the sex workers I know should be a lesson for us all.

In solidarity and struggle…

• From Patricia Hill Collins’, Black Feminist Thought: Knowledge, Consciousness, and the Politics of Empowerment
* “The body has been for women in capitalist society what the factory has been for male waged workers: the primary ground of their exploitation and resistance, as the female body has been appropriated by the state and men and forced to function as a means for the reproduction and accumulation of labor.” – Silvia Federici, Caliban and the Witch 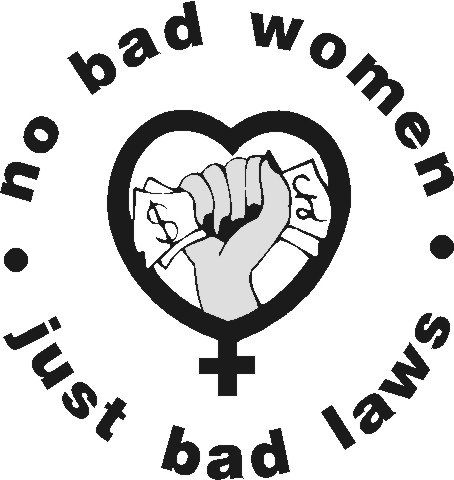