On the Sith Order Of Things and Lee Baca’s Doge 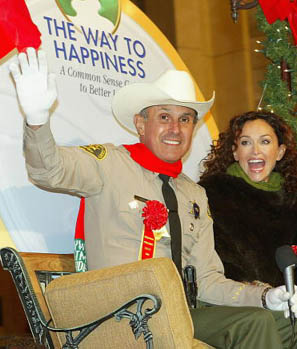 “This is the way of our Order. An individual may die, but the Sith are eternal.”
― Darth Zannah

Like a true Sith Lord, 16-year Los Angeles County Sheriff Lee Baca didn’t assume leadership of his dark order until his mentor, Sheriff Sherman Block, was dead. But what the LA Times then lamented merely as, “the conversion of electoral politics into something akin to a corporate proxy fight,” was actually far more in keeping with the rules of the Sith Order than with some internecine, corporate squabble. As Darth Revan once prophetically intoned:

“Any master who instructs more than one apprentice in the ways of the dark side is a fool. In time the apprentices will unite their strengths and overthrow the master. It is inevitable; Axiomatic. That is why each master must have only one student.”

So when the Sheriff allowed his long-serving Aide-de-camp, Paul Tanaka, to fall on the sword of (so many) previous scandals and resign in August of 2013, Baca’s fate itself was also sealed. After all, among the Sith, many apprentices will overthrow the master even faster than one. It’s “axiomatic.”

This is of no small consequence, of course. The Los Angeles County Sheriff’s Department controls the nation’s largest jail system and wields the blunt instrument of repression of its largest Sheriffs Department, commanding over 18,000 white supremacist foot-soldiers. It is, in fact, the nation’s “fourth largest policing agency.” The Department also carries the dubious distinction of having a “long-standing and pervasive culture of deputy hyper-violence,” according to the ACLU. It’s also almost inestimably corrupt – and has been for its entire existence, no less so than during Lee Baca’s much-maligned reign of terror.

That was Jonathan Cuevos, a 20 year old, you saw running away from LASD Deputy Julio Jove and being shot in the back, multiple times. And then executed with a final coup-de-grace as Jove towered above his already-bullet-ridden body. Of course, “Sheriff’s investigations concluded the shooting was “reasonable, necessary and in compliance with department policy.” No administrative action was taken against Jove.” No administrative action, but the County paid $875,000 to the Lynwood child who would grow up without his father. Settle. Admit no wrong-doing. Move along. How familiar!

We could talk more about the LASD’s “waistband shootings,” or how half of them involve victims who were unarmed. But we’ve done that before. We could talk more about Lynwood, where Cuevos was murdered, and the criminal syndicate operating there known as the “Lynwood Vikings,” but that Sheriff’s Department gang has been exhaustively reported on as well. As also were the “3,000 Boys.” But remember, these are all Paul Tanaka’s people – the Mayor of Glendale, the former apprentice and… candidate to fill Lee Baca’s odious throne. We could talk about Baca’s institutionalization of “pay-to-play,” from celebrities serving as deputies to having their misdeeds covered – to what amounted to a “Friends of Lee” organizational structure. The list of LASD abuse, violence, corruption and bullshit is long. And it goes on and on and on.

However, it’s 2014 – and we’d like to cover this from an angle guaranteed to please the internet throngs: DOGE!

“The dog has seldom been successful in pulling man up to its level of sagacity, but man has frequently dragged the dog down to his.” ― James Thurber

In a time of “doge,” why fight? I’ll pander to you, internet. But it’s important to recognize that Thurber was right. We often drag our dogs down to our level. For the Los Angeles County Sheriff’s Department, that means the lowest common denominator – white supremacy:

in the first six months of this year, every single victim of a bite by a LASD dog was African-American or Latino

Every. Single. Victim. And while it’s cutesy for the left blogosphere to be like, “those dogs are racist!” It portends a much more significant truth about the LASD, that the whole system is racist. Which makes sense – when your idea of a good time is bringing in racist comedians for a laugh or ten. Of course, Sheriff’s spokespeople talk a lot about “intent”:

“If anyone was offended, that was not the intent and certainly apologies are extended,”

But what does “intent” matter? We exceptional United States of AmeriKKKans love to cling to our noble intent. We say it all the time about our drones – we didn’t “intend” to blow up a funeral or a wedding. We were after “bad guys.” It wasn’t our intent! Fuck intent. What you do matters.

If we stay on dogs for a second – or doge – we should examine Cadejo. But first, a brief musical interlude (about “The Wild Hunt” and not fearing “cadejo,” of course):

What does all this mean? Racist pigs? Racist dogs preying on people at night? What the fuck is Cadejo? You look it up. I’m tired. But here are two images:

Cadejo preying on a “drunk” 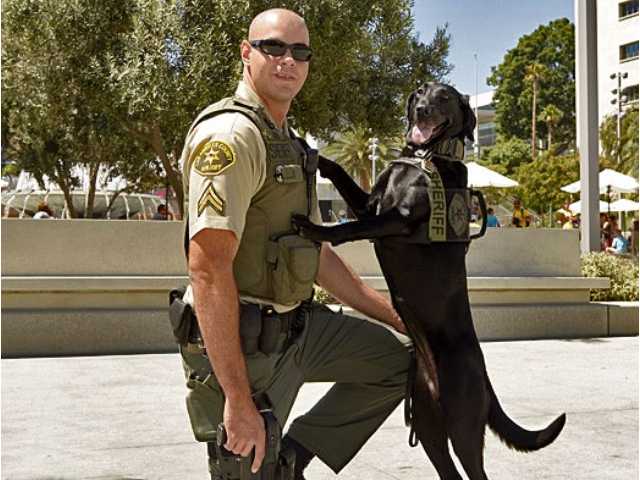 “To his dog, every man is Napoleon; hence the constant popularity of dogs.”        ― Aldous Huxley

What’s the point of this meandering-Sith-to-Wild-Hunt miasma of a word salad, OLAASM? What are you trying so terribly to articulate?

The media is congratulating itself on getting Baca:

But we want everyone to remember that, as Baca said himself:

Not about the LORD, but the DARK SIDE

No – we’re fighting a multi-headed hydra of hetero-cissexist white male supremacy, not one of its false, fealty-paying idols like Lee fucking Baca. We need to kill all the cops (in our heads), burn all the prisons and destroy the entire hegemonic culture that sustain them all.